THE RESIN THE RESINATION PROCESS

The first task is to undo or remove the bark of the pine in the area where it is going to resine. At the same time, at the foot of the trunk, a vertical cut is made, narrow and elongated, called face (50 cm high, 12 wide and 1.5 deep). In the lower part a staple is placed that leads the miera to the mud container placed underneath it. This container, at its base, rests on a point nailed to the pine itself.

Each court or face lasts one campaign, meaning the resination time between the first of March and the 15 of November.

In the following campaign, the initial incision is lengthened by a maximum of 60 centimeters, maintaining the same initial width and depth. The staple and container are raised to the foot of the new cut. And so the same procedure in the third, fourth and fifth campaigns. The face that occurs in the fourth year will not exceed the height of 80 centimeters and in the fifth year 90 centimeters. The width will not exceed 11.5 centimeters in the third year and 11 in the next two.

All these five years are called quinquennium. After the sixth year, -first of a second five-year period- we will proceed in the same way as at the beginning, leaving a distance of 3 to 5 centimeters from the previous notch. The possibility of resinado of a tree is of seven to eight quinquenios reason why the operation will be able to reach of 35 to 40 years. 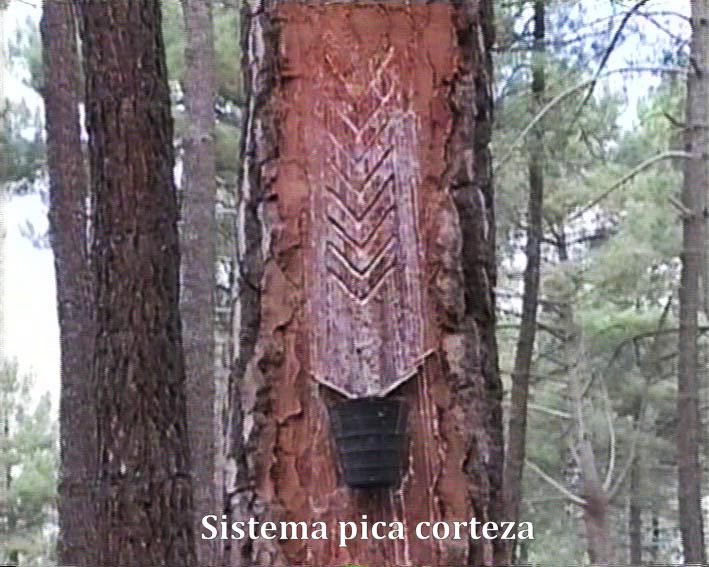 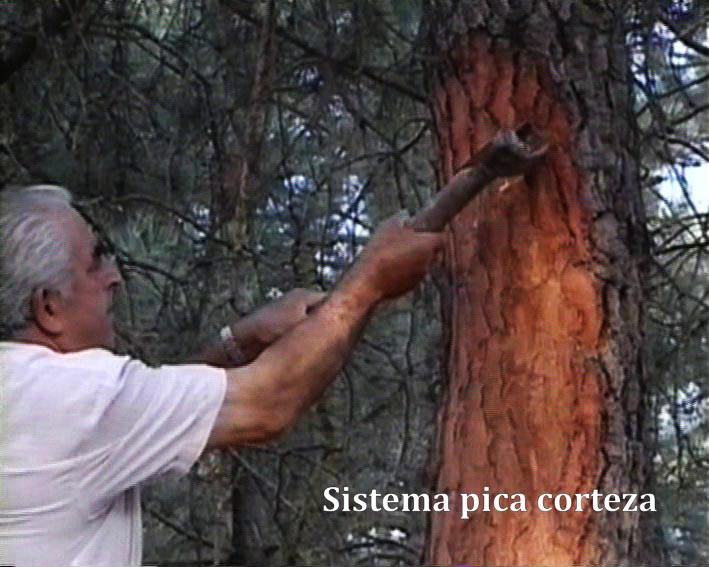 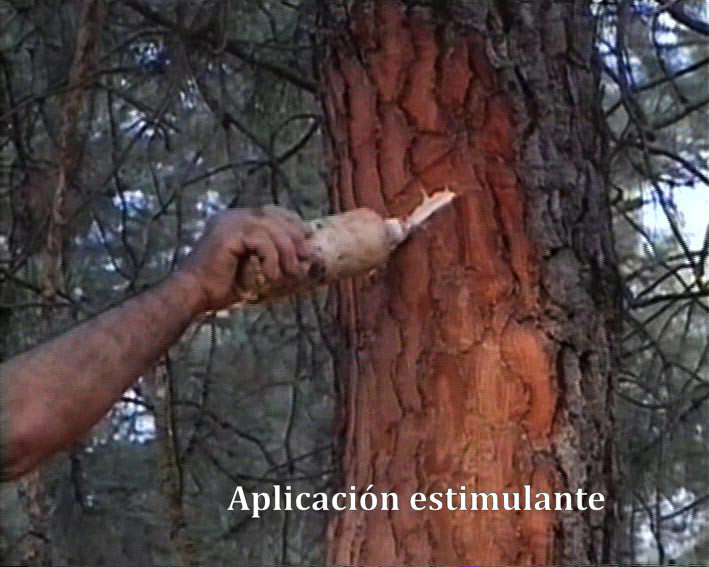 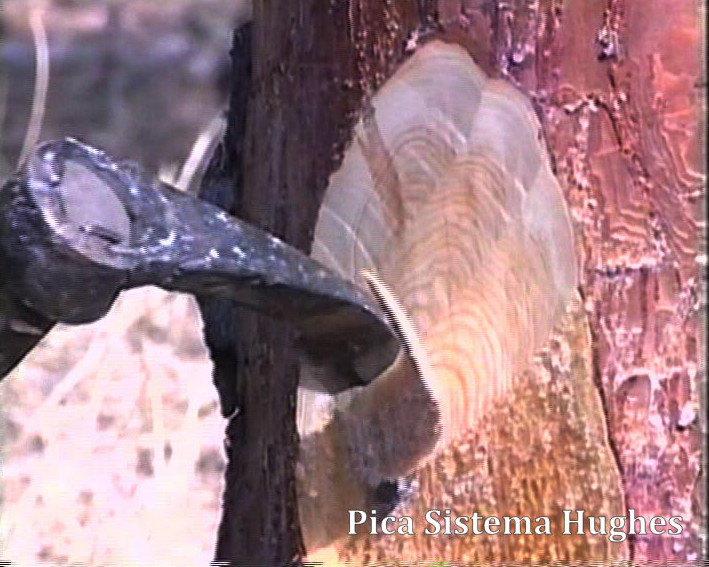